Email Us Email Us
Sharing tools) 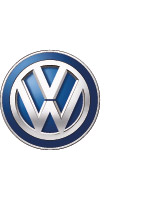 In Germany almost one in every six suffers from hay fever, an allergy caused by pollen in the air. VW has therefore developed special air filters that can now be installed in all new models as standard. SGS INSTITUT FRESENIUS regularly tests the functionality of these filters.

Allergen-free air inside cars not only protects the well-being of the driver and his or her passengers, but also reduces the occurrence of risky situations when driving. These situations may arise from sudden sneezing, itching eyes, tearing and other allergic reactions. The allergic reactions may hinder the driver’s vision or ability to concentrate. SGS INSTITUT FRESENIUS has collaborated with VW in a research and development project spanning more than 15 months to develop a scenario for evaluating and testing the effectiveness of the anti-allergen filters.

Pollen is released into the air every year at the start of spring, especially by the early blooming trees: hazel, willow and birch. A number of herbage and grass species also start to release pollen in the later part of a year.

Extensive laboratory tests have shown that the filter is effective against pollen: pollen of different plant species, their particulates and abrasion products with sizes between about 0.5 and 30 µm came into contact with the anti-allergen filter surfaces. The tests have shown that the filter is able to remove pollen and allergens from the air; the removal was also quantified. The test procedure is much more difficult than it sounds: an intact pollen grain, such as that of a birch tree, has a diameter of about 20 µm – that is only 0.02 mm. Owing to the elasticity of pollen, it can hardly be “cracked” by conventional shredding methods, dry or wet. It was only after conducting a lengthy series of tests and combining different procedures that it became possible.

Subsequently, the allergenic constituents of the shredded pollens had to be proven to be immunologically safe, and the results reproducible for many plant species. Finally, the filter materials were tested using a filter test rig according to DIN 71460 part 1 and 2, as well as using a setup that simulates the operating conditions of an air-conditioner in a VW vehicle. The filters do not only operate under ideal conditions but in cars under real life situations. Test procedures were developed and applied to evaluate the filter’s performance after operating for a long time and under less favourable conditions, e.g. when in contact with windshield cleaning fluid. The result: a filter that has been proven to reliably reduce and/or deactivate allergenic constituents in the air, so that drivers experience significantly fewer instances of allergic reactions.

In the meantime, the test procedures are recorded in VW component specifications catalogues and have become an integral part of the quality assurance. The test procedures also form an important foundation for developing new filters and improving existing filters.

The Volkswagen Passenger Cars brand headquartered in Wolfsburg is one of twelve brands belonging to the Volkswagen Group and one of the world’s most successful volume manufacturers, delivering some 6.12 million vehicles in 2014. With about 70 models, the Volkswagen Passenger Cars brand has one of the broadest and most attractive product portfolios in the automobile industry – from the up! city car to the Phaeton luxury limousine. The drive technologies offered by the brand range from efficient petrol and diesel engines and natural gas systems to plug-in hybrids and electric motors.

SGS is the world’s leading inspection, verification, testing and certification company. SGS is recognised as the global benchmark for quality and integrity. With more than 80,000 employees, SGS operates a network of over 1,650 offices and laboratories around the world. SGS provides solutions across all industries. Through a unique global network SGS delivers independent results tailored to the precise needs of the industry or sector. Founded in 1878, the company is headquartered in Geneva. Since 1920, SGS has been operating in Germany. SGS Group Germany provides inspection services for international trade, industrial goods, agriculture, the extractive industry and the consumer goods industry. The company works for producers and traders, governments and businesses, for suppliers and consumers alike.

As one of the leading providers of chemical laboratory analysis in Germany, SGS INSTITUT FRESENIUS has a strong reputation among manufacturers,consumers and retailers in particular with regard to the security and quality of food, beverages and consumer products.

Sign up to SGS publications and newsletters from your region and around the world.